Martyn Jackson: From the Beginning.

This is the beginning of my 1988 interview with Martyn Jackson in Sydney Australia. 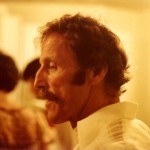 Shelley Piser: What were the circumstances that drew you to yoga and when?

Martyn Jackson: It was in early 1960, I was recovering from an abdominal operation, I was working very hard and  long hours. I got twisted intestines, what they call an abdominal obstruction.  I went to the doctor and he said that it must be attended to.  First of all, I had 2 or 3 sessions where I had cramping in the stomach.   I was farming at the time and working very hard, long hours. One night I was awakened with acute pain and got the doctor and they took me to the hospital immediately. They kept
me under observation for about 12 hours since they weren’t certain what it was. Then after about 12 or 14 hours of endless pain, just like a woman with pregnancy pains, they decided to give me a lapraotomy which is an exploratory operation. They found out that I had a tremendous amount of adhesions that was from a prior appendicitis, peritonitis. The doctor said that I was prone to that sort of thing happening which was caused from knitting together too quickly where about 14 centimeters of my intestines have grown together like a bit of tape and then I was farming and I was doing a lot of shearing. And working very hard and long hours. This one Saturday I was working very long and hard hours and something seemed to have cramped and 2 loops of the intestine locked. That was the reason why I had to go in and have it seen to. They cut out 14 centimeters.

Everything went well,  no backlashes or anything. Then I was still in the hospital recovering and I went to the hematology to do something for one of the ward sisters. There was an Indian person there,  a gentleman who was the 2nd in charge of the hospital and he looked at me and said, “What are you doing here?” I said that I was recovering. He said sternly “You shouldn’t be here, you are a born teacher!” And I laughed at him.

SP. Is this before you did any teaching of any kind?

I didn’t laugh at him, I just chuckled because I have been practicing a lot of raja yoga, the more spiritual side.  I was always very active physically and I never thought of ever doing any yoga asanas. He said, “Ah, you’ll see. You’ll see.”

And 2 days later a book appeared. It was THEOS BERNARD the title was just “YOGA.” I looked at that and I was quite impressed by what I saw and I practiced a few of them and I enjoyed that. And then A gentleman by the name of Ben kasadananda who is dead now. HE was asked to go to my place in New Zealand and I don’t know why, I mean I never met the guy.

SP. Asked to go to your house?

MJ: Someone asked if he would go to my house and talk with me, you see. The next thing I know this swamiji is at my house entertaining my 2 children.

I walked in and, He said, “Oh you’re Mr. Martyn.” I laughed and everything began to build up

SP: How old were you then?

SP: How old were you?

We chatted about everyday things and then he said to me, “I believe that you want to study yoga?”

SP: You didn’t know this person? He just knocked on your door?

MJ: No, I didn’t know this person. He was sent from Auckland. Some people in Auckland asked if he would call because he was going to buy cattle and that was the county that I was in, the county called Hamilton. Friends sent him and I think that it was his first time in New Zealand and, He said, “I am coming here to do a few lectures and I would like you to do some demonstrations for me.”
I said ”What do you mean doing demonstrations?”

And the first lecture came up and he went into an ordinary class, nothing too difficult.

Nothing like the Iyengar method, although he used his rhythms and things like that, and then he suggested that I went to Mr. Iyengar. He said that he doesn’t take many westerners and he would like me to go to Marisious to be in his institute there when he was away on world tours like he was doing then. That is how it came about.

I said, “Well, we would have to write and contact this gentleman in India.” I said, “I know nothing of him and he knows nothing about me.” So, He said, “I was his teacher once, He is a very hard man.” I laughed-“Iyengar,” and the very word Iyengar simulated something in me. It made me feel, I don’t know, almost like I was going to meet another Lion, you know?  Because I was very forceful myself. And the very name ‘IYENGAR’ it did something, it stimulated. I wrote to him, we both wrote to him actually. He (BKS Iyengar) wrote back saying that he would like a little bit more information about me and a photograph, So this we did, and I got another letter back from him saying “yes I will accept you as a pupil.” And I wanted two private lessons a day, 6 hours.

SP: This is before you had done any yoga?

MJ: Yeah, yeah, yeah, but I was very fit. Gymnastics and karate and I said that I wanted 2 private lessons a day and that was 6 hours, 3 each.

And He’s never done that before, He doesn’t take many westerners.